Land restoration is a strategic investment in Ethiopia

A site in Mekele, Tigray in Northern Ethiopia regenerated by the local community as part of a government-led initiative. Photo: May Muthuri

Productive land leads to many benefits but achieving productivity needs a change of thinking.

Gergera watershed and Maego sub-watershed at Negash in Ethiopia are examples of how restoring land leads to many benefits. These vast lands were once abandoned owing to drought. Now, interventions by the community, supported by government programmes and World Agroforestry, Irish Aid, DryDev project and the Relief Society of Tigray have transformed them into productive land. The area is now included in the scope of the Reversing Land Degradation in Africa by Scaling up Evergreen Agriculture(Regreening Africa) project, which aims to restore 1 million hectares of land in eight countries, including Ethiopia.

The degraded watersheds were restored partly through the installation of simple technology, such as gabions, which are cages filled with rocks, that were built to slow down rain water when it flowed through chasms. These areas are now a wealth of elephant grass, shrubs and clean water used for irrigation of food crops and fruit trees, demonstrating that land restoration is more than tree planting. It consists of a whole range of activities aimed at making soils healthier and more productive, minimising soil erosion by building water catchments, increasing agricultural productivity and household incomes, with a ripple effect of benefits. 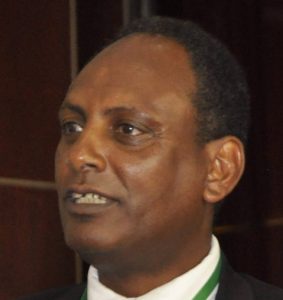 ‘Land restoration is a strategic investment in Ethiopia,’ noted State Minister for Agriculture Eyasu Abraha, speaking at a Regreening Africa seminar held in Addis Ababa, Ethiopia, 20–23 November 2018. ‘Without healthy soils, agriculture will increasingly fail. Here in Ethiopia, the project will help 120,000 households restore their lands by 2022. We at the political level will ensure transparency and delivery of these targets for the benefit of farmers. The cheapest, most convenient and resilient way to achieve soil health is through trees. Thus, you will not be surprised to hear that trees are in many of my Government’s initiatives and sustainable land management programs.’

Catholic Relief Services and World Vision will be deploying the successful ‘ripple effect’ approach used in the Gergera Watershed, undertaking intensified restoration activities at learning sites for farmers and officials from other regions.

‘It’s not only my community that is benefitting from what has been achieved,’ explained Aba Hawi, a leader of Abreha we Atsbeha community in the Gergera watershed. ‘Because of the efforts made in conserving the environment, by increasing the recharge of the ground water, neighbouring villages and even far ones are able to have water now. If you want to promote technologies in your community to other farmers, you have to be first a model farmer yourself. You cannot change your environment without changing the attitude of people. The major investment I made in this community was changing the mindsets.’ 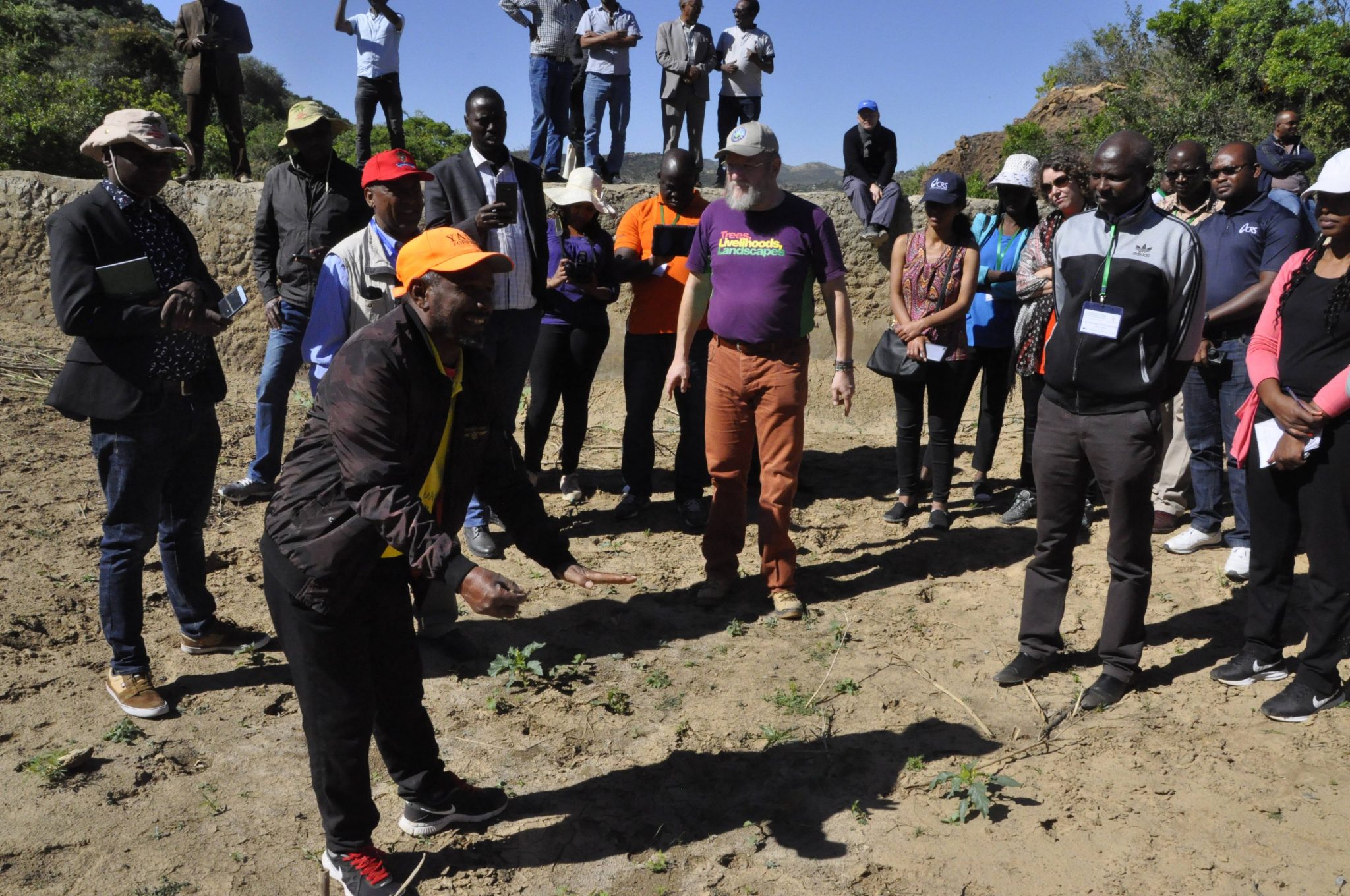 Tony Rinaudo, an Australian agronomist popularly known as the ‘forest maker’ and ‘grandfather’ of farmer-managed natural regeneration (FMNR) in Africa, agreed, pointing to the importance of expanding both minds and boundaries.

‘Just a few short years ago, the main emphasis would be on convincing people on the value of FMNR but now there is so much knowledge and passion it is palpable,’ he said. ‘Everyone understands that we are attempting to kick start a movement that continues well beyond the project.’

Regreening Africa is an ambitious five-year project that seeks to reverse land degradation among 500,000 households, and across 1 million hectares in eight countries in Sub-Saharan Africa. By incorporating trees into croplands, communal lands and pastoral areas, regreening efforts make it possible to reclaim Africa’s degraded landscapes.